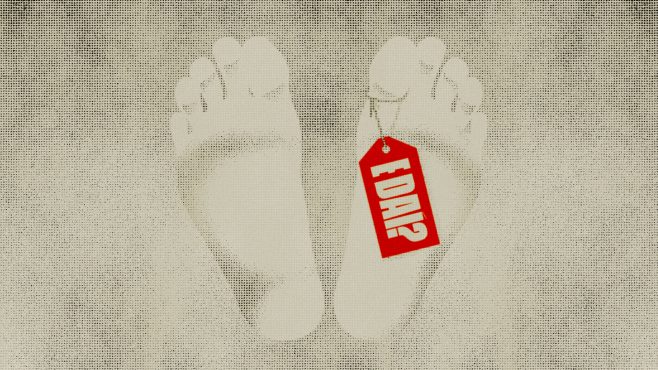 So what?” That’s how President Jair Bolsonaro replied in April when a journalist asked him about the more than 5,000 deaths caused by Covid-19. Today, Brazil has reached the mark of 100,000 deaths and nearly 3 million people contaminated by the new coronavirus. These are not just numbers, but actual people, entire families scarred by grief and mourning.

That is why the Yanomami and Ye’kwana Leadership Forum is launching a new spot for the campaign #MinersOutCovidOut. Created by Wieden+Kennedy São Paulo, the production wants to continue engaging society and pressuring the government to remove 20 thousand illegal artisanal miners who may become the main cause of the spread of Covid-19 in the Yanomami reservation.

As native Brazilian leader Dário Kopenawa describes the suffering of the native tribes facing the pandemic, the film shows illustrations by designer and political influencer Rapha Baggas to complement the message of urgency regarding the removal of the artisanal miners. “So only one thing can save us: get the miners out now” concludes Dário, asking for the urgent removal of thousands of artisanal miners who are currently in reservation lands.

According to Fabiano Higashi, Creative Director at W+K, “The negligence of the government in regards to the pandemic and the indigenous tribes borders on insanity. Our work not only seeks to protect the Yanomami, but is also a cry of indignation.” Mariana Borga, also a Creative Director at the agency, adds: “It is our social duty to use the strength of our work and our knowledge of the inner workings of communication to engage more people in fights that are usually restricted to a small group of people who are predisposed to getting involved.”

Maurício Ye’kwana, a native Brazilian leader and director of the Hutukara Yanomami Association, emphasizes that the video is yet another attempt to pressure the authorities to remove the artisanal miners from their lands. “This video aims to show our struggle for survival. It means to pressure the Brazilian government to fulfill its role and remove the trespassers from our lands. We must sign the petition, please help us make the government remove these invaders.”

The Covid-19 pandemic has caused the deaths of more than 630 native Brazilians, with nearly 23,000 confirmed cases, and 148 tribes impacted. Many of the departed were among the elders and leaders of their peoples, and were important sources of wisdom, knowledge of customs, and many stories of struggle, inspiration, and learning for the new generations.

You can see the video here, and sign the petition here.