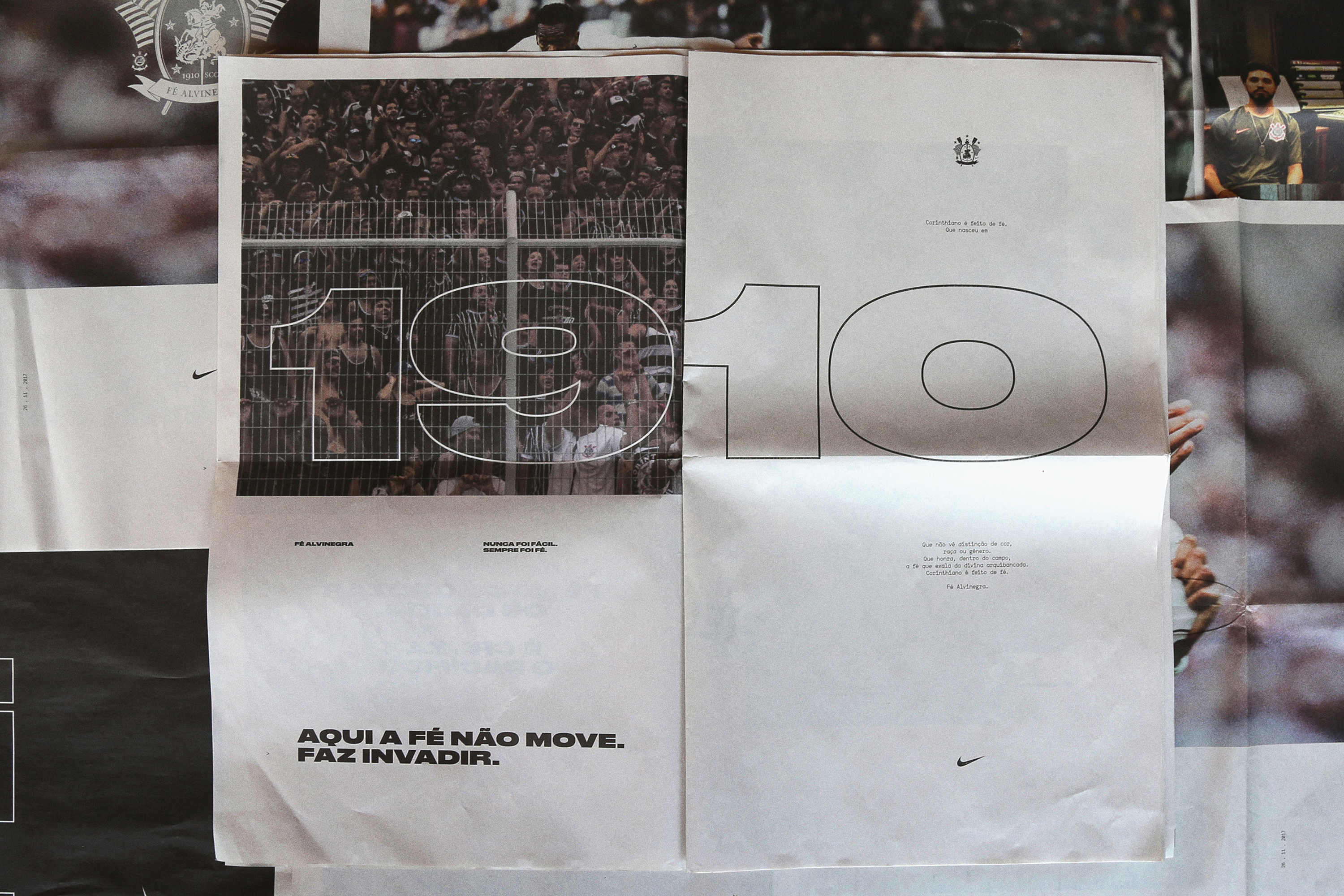 November 26 was a special day for Nike, W+K São Paulo and Corinthians. While the players raised the trophy of the seventh national championship on the field, the fans received a present in the stands.

A newspaper with photos and articles that portray the unwavering faith of Corinthians fans.

The newspaper did not feature the traditional binding, allowing fans to transform each loose page into a poster.

During three months, photographers Fabrício Brambatti, Gabriel Bianchini and Tommaso Protti of the agency Angústia.Photo captured the devotion of both anonymous and celebrity fans, as well as of the players themselves.

“We collected stories of fans who transformed their lives because of Corinthians. Publishing this in a newspaper format highlights the team’s broad fan base and strengthens the idea that the club is the people’s team,” said Bruno Oppido, Head of Art / Creative Director at W+K002E

A total of 35,000 copies were printed, which is equivalent to 5 tons of newspaper.

Writer, scriptwriter and Corinthians fanatic Marcelo Rubens Paiva was in charge of creating the opening segment of the piece.

“The Black and White Faith campaign lasted almost one year. After winning the championship, we had to come up with an emblematic piece to wrap up this story,” said Caio Mattoso and Rodrigo Mendes, Creative Directors at W+K.

In addition to distributing the newspaper at the stadium, we are going to send thousands of copies to Corinthians fans around the world.