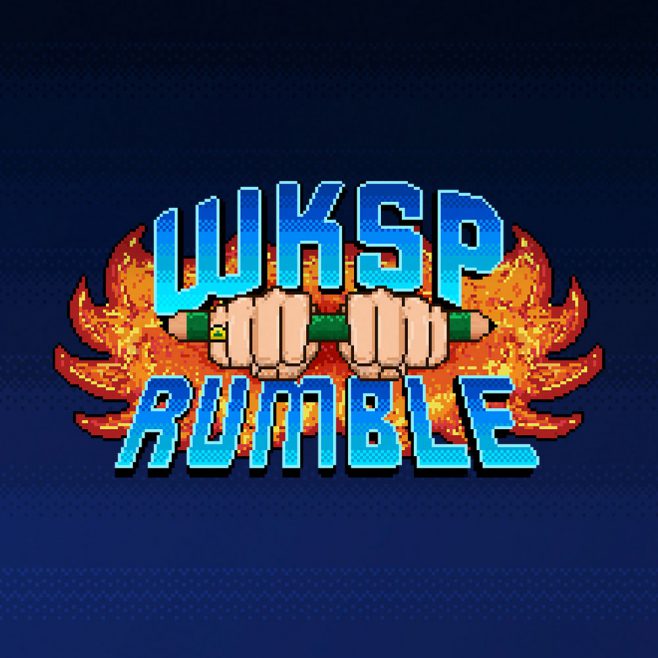 Through an integration initiative, Wieden+Kennedy São Paulo has turned all its employees into characters in a classic fight game, and launched the first “corporate ass-whooping game”: Rumble.

Produced by NukeArts, the game is also a tool to communicate the agency’s culture and history to the market, and can be played by anyone on the international gaming platform Steam and on the agency’s website.

Dan Wieden and David Kennedy are the only global characters on the 8-bit W+K version and, just like other Rumble fighters, have their own gamer synopses. “His name is on the door. Now he’s going to leave his name on your forehead too,” is on the description of one of the founders, for instance.

Among other features are the special moves, inspired on various functions throughout the agency, with copywriters throwing words, and art directors fighting with layouts. The backdrop for the fights complement the ambiance, introducing players to 11 different settings, such as the reception desk, the garden, the restroom, and the meeting rooms at the Wieden+Kennedy office in São Paulo.

“It is essential that we pass on our culture internally. And we wanted to do that with an internal marketing action that would be the least boring possible. The project also became a way to feel closer to our people and our offices in this year of social distancing,” says Renato Simões, Executive Creative Director at W+K São Paulo.

The game can be played at the W+K website, where it doubles as a business card for the agency. “At W+K, everything is about people. And Rumble is a way to introduce the agency, our people, and our culture to the market,” says Eduardo Lima, also ECD at the agency. “It also allows for a unique, fun, and real-time interaction between our team members,” he adds.

According to Fernanda Antonelli, managing director, “we are very happy to release what is the second project of the agency’s entertainment group. It is a powerful tool for us to test – in a fun and daring way – the creative and business potential of Wieden+Kennedy.”

Pick the character you want to play (or beat up), and play here. Check out the initiative’s case study here.