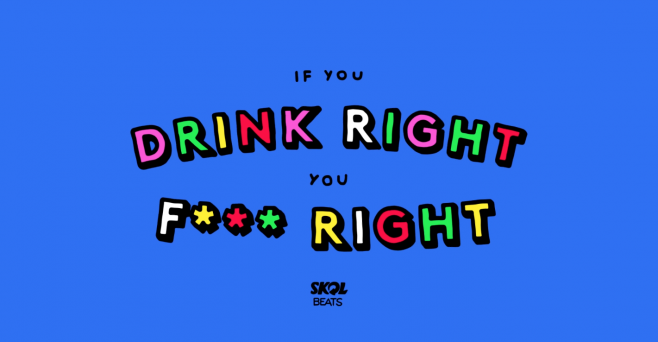 Everything surrounding the SKOL beer universe involves breaking down paradigms, including how it takes on responsible drinking. To get the public’s attention and start a conversation on responsible drinking, Wieden+Kennedy São Paulo took to social media. The task was to convince young people to drink responsibly. And what better way to do that than to come up with an argument they couldn’t ignore: over drinking gets in the way of good sex. The campaign was simple, and started out as a callout to Brazilian nightclubs: “If you Drink Right, you F *** Right.”

We made a movement out of campaign and spread the message across the country. Drink Right, F*** Right became the most talked about campaign in Skol Beats’ history. It was a trending topic on Twitter for one entire week, generating more than 210,000 comments with more than 90% positive response. Thousands of youngsters started tagging people they wanted to drink less.