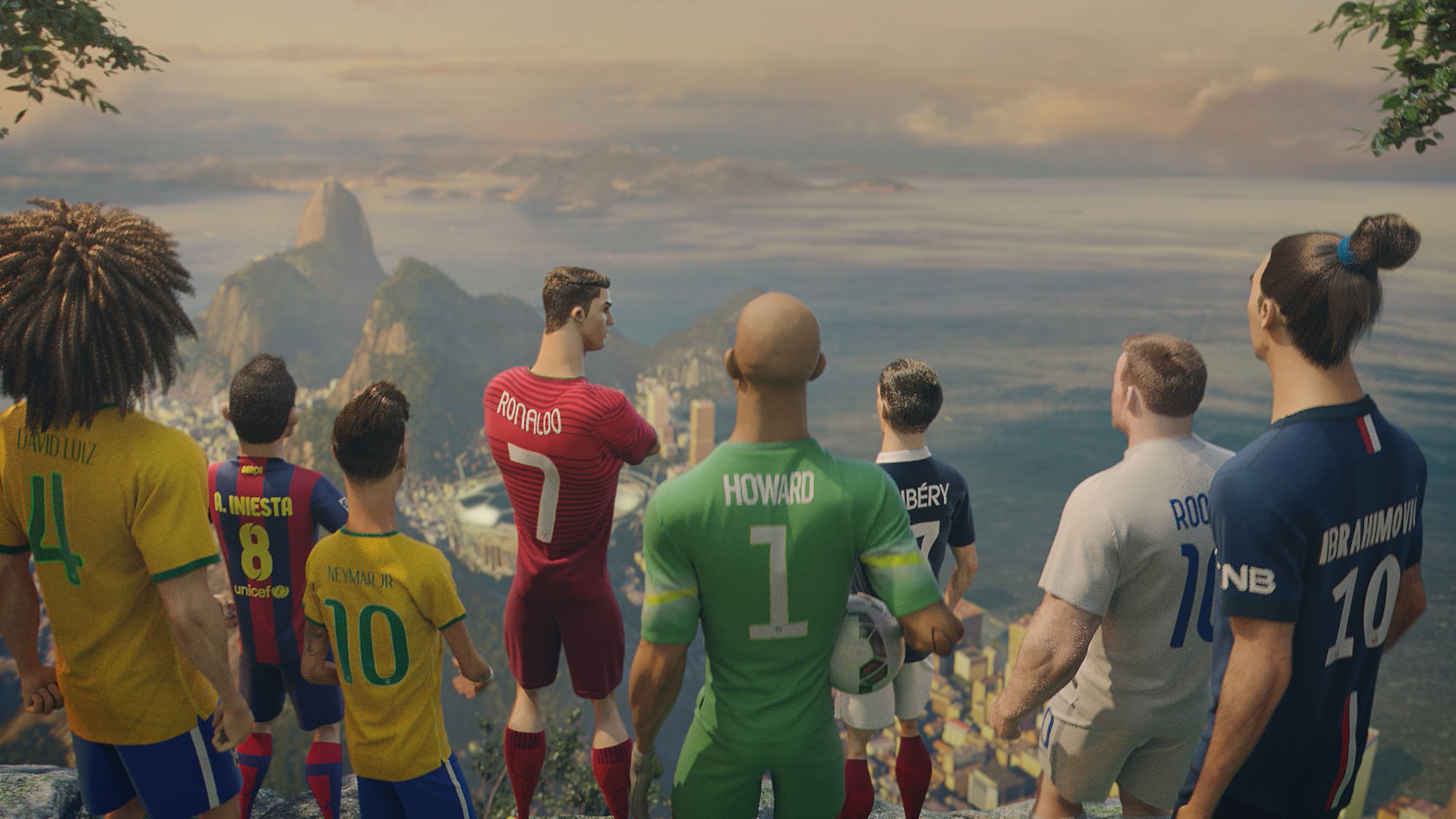 On the eve of the greatest football event in the world, Nike launches a 5-minute animated video created by Wieden+Kennedy Portland.

As part of the “Risk Everything” campaign, the short tells the story of a world where football has lost the elements of risk and beauty and has become an emotionless sport.

But, led by Ronaldo “The Phenomenon,” the world’s greatest footballers unite to save the beauty of the game from extinction.